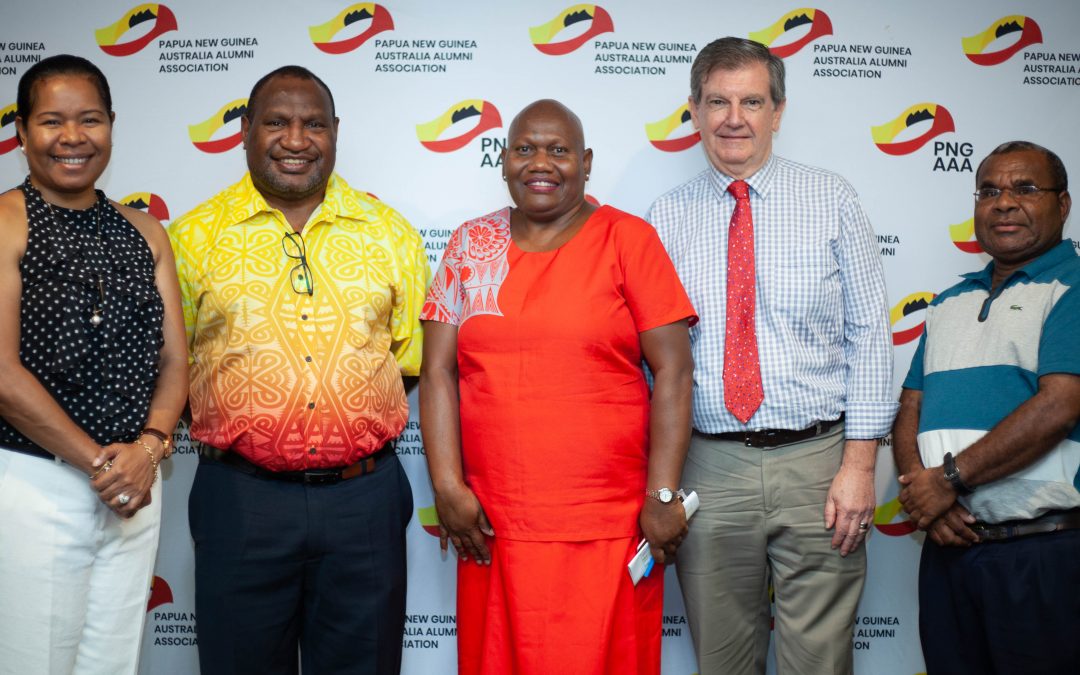 Prime Minister Honourable James Marape MP and Australian High Commissioner to Papua New Guinea His Excellency Bruce Davis, both spoke at the event, signifying the close relationship between the two countries and a shared commitment to the PNG-Australia Partnership.

Attended by organisations from the Public and Private Sectors, Civil Society, members of the PNGAAA and individuals demonstrated the sympathy and solidarity felt by Papua New Guineans towards our closest and long-time friend.

High Commissioner Davis on behalf of the Australian Government acknowledged the support from the Government of PNG through the PNG Hearts for Australia Bushfire Appeal, the deployment of some 100 soldiers to support the bushfire response and generous donations from the business community.

High Commissioner Davis also thanked the many smaller donations and messages of goodwill that continue to come in from all over PNG.

PNGAAA President Dr Janet Rangou said the bushfires had caused a lot of devastation in Australia and PNGAAA stands united with Australia during this crisis.
“This breakfast and the other fundraising activities which PNGAAA is running is a gesture of appreciation to the Government and people of Australia from those of us who have benefited through Australia Awards,” said Dr Rangou.

“With about 5,000 members across the country who have done studies in Australia and in PNG with Australian Government support, PNGAAA feels obliged to give back to our brothers and sisters in Australia during this catastrophe,” added Dr Rangou.

The PNGAAA has raised over K360,000 through a crowdfunding, an appeal drive at Vision City Mall, the breakfast, pledges from organisations, individuals and a generous donation from the Enga Provincial Government. Gateway Hotel generously sponsored the venue for the breakfast.

All donations and funds raised will go to the New South Wales Fire Service and Victorian Bushfire Appeal to help support the continuing bushfire response.