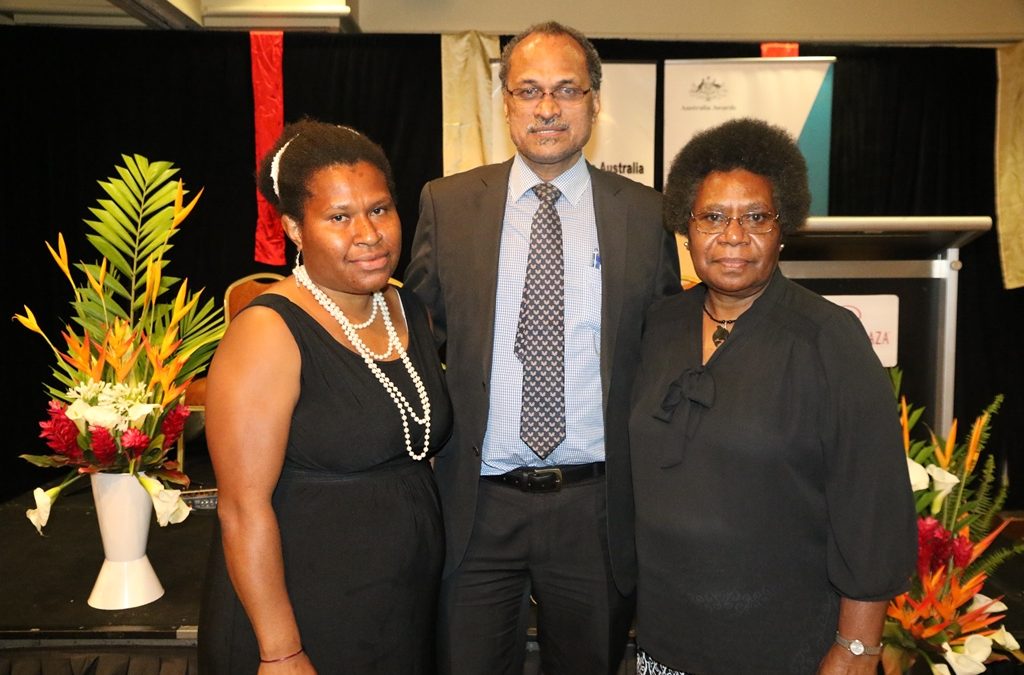 More than 2000 Papua New Guineans have studied in Australia since 1996 in areas such as health, education, infrastructure and governance said James Hall, Minister Counsellor of the Australian High Commission at the PNG Australia Alumni Association dinner.

Mr. Hall addressed more than 100 Papua New Guineans who were recently awarded the prestigious Australia Awards Scholarship in recognition of their exceptional academic and leadership attributes.

“Higher education prepares future leaders – like you all (awardees) in this room– to implement programs that improve the lives of many of your country men and women”.

Each year, the PNGAAA hosts a corporate dinner to celebrate the achievement of the next generation of leaders who were selected for an Australia Awards Scholarship. This year’s theme was ‘Shared Social Responsibility- together we can’.

“It must be both women and men who share the responsibility of development in any country and this is why at least fifty per cent of all Australia Award Scholarships are provided to outstanding women” said Mr. Hall.

President of the PNGAAA, Dr Teatulohi Matainaho was pleased to see many alumni from different employment sectors sharing with the next cohort of students of their experiences while living and studying in Australia.

“As alumni and those in the room who are going to gain an Australian qualification, we will all share the experience of living and study in Australia” Dr Matainaho remarked.

“For those of you who will be commencing studies next year, you will no doubt forge people-to-people linkages with your Australian counterparts.

“As members of the PNGAAA we know that you will also share our mission to contribute to the growth and development of PNG and to foster productive relationships between Papua New Guinea and Australia.”

PNGAAA was formed in 2006 to provide Papua New Guineans who have studied in Australia with a mechanism to contribute to development in PNG and support their ongoing development as leaders. PNGAAA has Chapters in Madang, Goroka, Kokopo, Lae, Lorengau, Enga and the Autonomous Region of Bougainville.