A dentist’s passion for community service 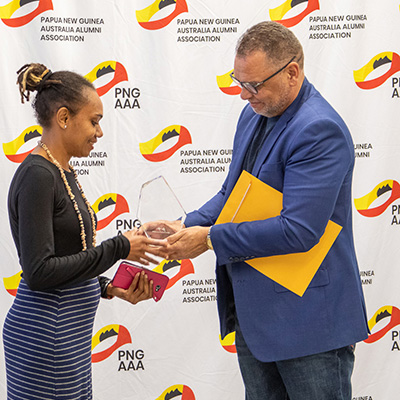 A dentist at the Alotau Provincial Hospital, Dr Hilda Audubo became the first local dentist to partner with Youth With A Mission (YWAM) Medical Ships when they made their maiden trip to Papua New Guinea in 2011 visiting some of the most remote villages along the Kikori River in Gulf Province and the Fly River in Western Province.

Dr Audubo from the Huon Gulf District in Morobe Province graduated from James Cook University, Australia in 2015 with a Master of Public Health and Business Administration.

Her passion for community service has seen her partner with a medical colleague to establish an NGO called Wantok Health Foundation which mostly does health advocacy, health promotion among communities, radio talks and currently operating the only cervical cancer screening program in West New Britain Province with a vision to see the rate of cervical cancer mortality reduced.

Dr Audubo is currently employed with Milne Bay Provincial Health Authority reaching remote communities in Alotau District and the outer Island Districts of Milne Bay Province with her dental team, running oral health checks and awareness through challenging circumstances. Her passion and love for serving her country is what motivates her to keep going.