Teaching a community to fish 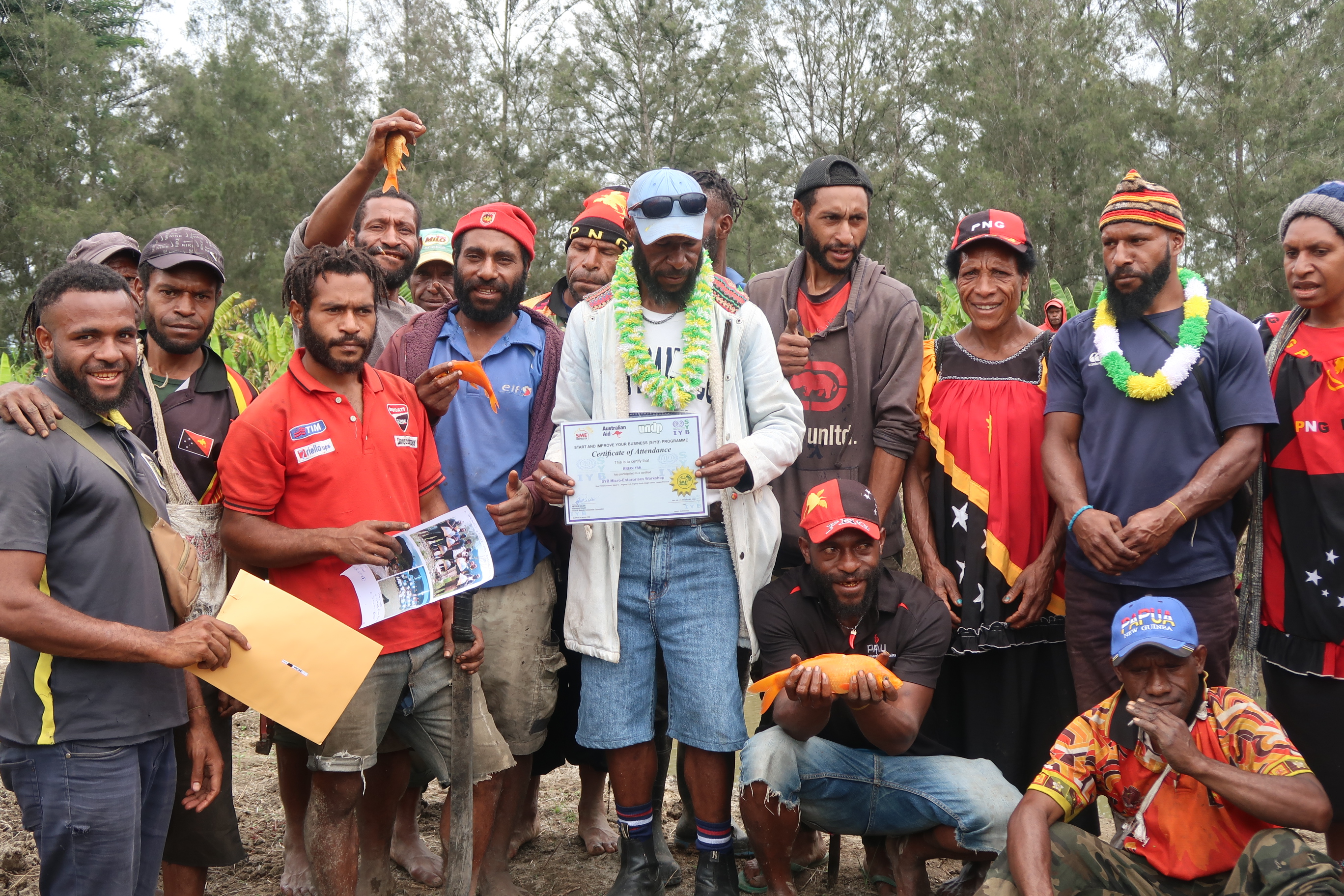 Brian completed a Short Course in Agribusiness from the University of New England, graduating with a Certificate IV in 2018. He used the knowledge and skills gained from his study in Australia to facilitate the training and encourages fish farmers to open businesses. “Since the project ended last year, there has been continued interest from youths in the community to join the Mt. Ogga Cooperative Society and raise fish to improve their livelihoods.”

The fifty participants have not only learnt new skills and knowledge but transformed their way of living. A participant, Joseph Abel said “before this fish farming project, I was involved in petty crimes. But when Brian approached the community about this project, I saw this as an opportunity to change. This project was a blessing to me. I’ve grown spiritually and went to church for the first time in August 2021.”

Participant Sabina Poles added: “Before the fish farming project, women were involved in gambling, but this has changed since the inception of the project. Women are now actively supporting their husbands who are members of the Cooperative Society. This has become a shared family responsibility.”

The fish farming project has built capacity of the Mt. Ogga Cooperative Society members and enabled them to understand the dynamics of fish farming.

With their newly acquired skills and knowledge, community members were able to increase production, improve marketing and manage fish production better. Fish farmed include Carp and Tilapia species. Production exists from fingerling or offspring raised within the ponds.

“This project has the potential to transform to a commercial level and I see this happening in the near future,” declared Brian.

The project is consistent with the development priorities of the agriculture and economic sector of the Papua New Guinea Development Strategic Plan 2010-2030 and Vision 2050, on the key pillars of human development, institutional development, and wealth creation.  With the pressure of a fast-growing population, this project helps provide food security particularly to vulnerable groups such as children, people with disability and those living with HIV/AIDS.

Two successful outcomes of the training included fingerlings distributed to each family member    of the training attendees which resulted in the creation of family fishponds.  Brian has agreed that aquaculture is key to development. Potential challenges include lack of access to affordable fish feed and quality fish seed among small-scale farmers.