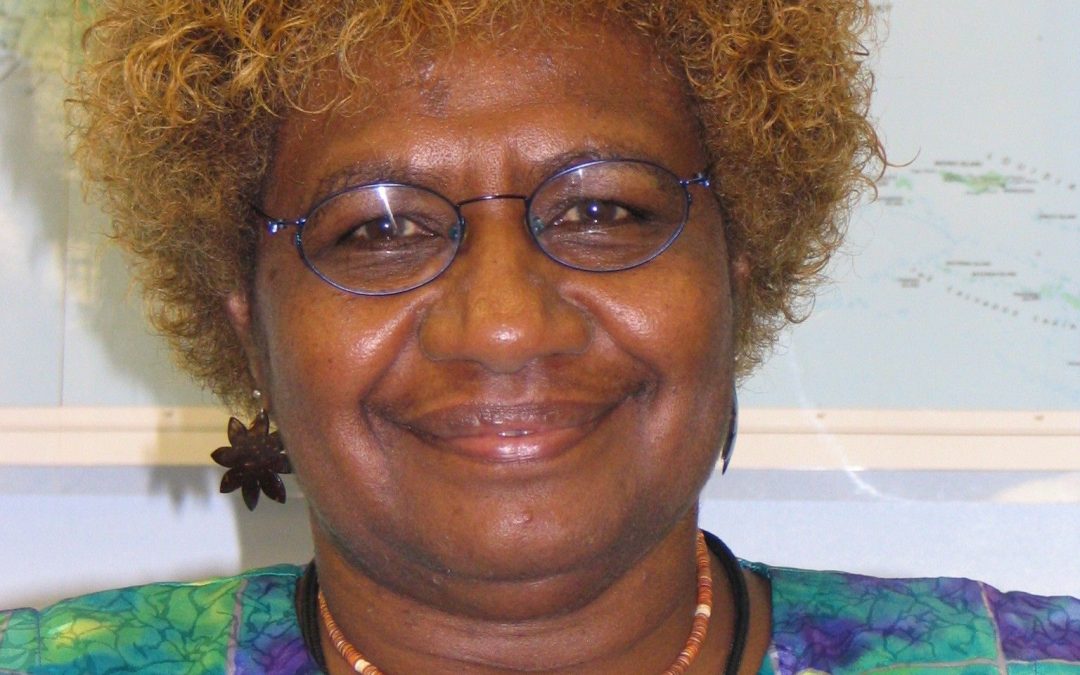 After two years in Canberra completing postgraduate studies at the Australian National University, Ruby Zarriga is back home. In the Department of National Planning and Monitoring, she’s making the most of her new skills and deeper understanding of management practices. As First Assistant Secretary, Ruby Zarriga is well placed to make a big contribution to her department’s effectiveness.

Ruby Zarriga has two important roles – one as a senior bureaucrat in Papua New Guinea’s Public Service, the other as the mother of two teenage daughters.

‘Receiving an Australian Development Scholarship in 2004 was great. It was such an opportunity for me. Career-wise I was ready to take a Masters degree in management – but it was unfortunate it came at a time when my family was going through a very hard time. We were still in trauma.’

The year before Ruby Zarriga’s husband, Reverend Meggen Zarriga, was fatally shot – a victim of random street violence. He was taking their youngest daughter to high school in Port Moresby. It was her first day.

‘I had to become both mother and father. I didn’t realise what this would mean, certainly not how hard it would be. I really wasn’t prepared for looking after two teenage girls on my own and yet, at the same time, I felt compelled to get the most out of my studies at university. Somehow I had to find the balance between guiding and nurturing my daughters, and getting on with my studies.’

And find the balance she did.

Not only did Ruby Zarriga achieve a Masters in management from one of Australia’s leading universities, but also her daughters did well at school. Both are now planning their tertiary studies in Papua New Guinea – one in journalism, the other in tourism.

‘We all ended up loving our two years in Canberra. We couldn’t get over the sense of freedom and security which was wonderful for the girls. It was important for us to feel safe.

The time on our own also allowed us to pull together as a family after my husband’s death,’ explains Ruby. ‘And we made so many good friends.’

Born in New Hanover, at the tip of Papua New Guinea’s New Ireland Province, Ruby always loved learning. As soon as she could walk, she would wander up the road to the local school and sit quietly at the back of the classroom.

One of her primary teachers, Nancy Anderson, spotted her potential and to broaden her experience invited Ruby for a holiday in Warrigul, Victoria. She remembers helping Miss Anderson’s mum with ‘meals on wheels’. ‘I don’t know what the locals would have made of me,’ Ruby says, ‘the only English words I knew were ‘Yes’ and ‘No.’

Ruby’s love for learning continued through secondary school and university. In 1987 she gained a Bachelor of Arts degree in social work from the University of Papua New Guinea and joined the Public Service. She worked across a range of government departments, mainly in areas of welfare, community planning and training. In 2003, she decided it was again time to extend her skills.

‘I’m a great believer in theory and practice going together,’ says Ruby. ‘For example, through my management studies I can see how our departmental activities can have a broader focus on development. And I’ve learnt genuine reform only comes about through partnerships, collaboration and integrating cultural and political realities with structural change.’

The Australian Development Scholarship experience has brought many benefits for Ruby Zarriga and by extension her department. Not surprisingly, she is a firm advocate of the program. Indeed, she would like to see many more Papua New Guineans have the same chance to study abroad, especially women.

‘Until the profile of women in Papua New Guinea is raised we will be forfeiting half our potential. Equally, women must be bold and have the desire to participate in government and administration at senior levels.’

As one woman who is definitely leading by example, Ruby Zarriga advises all future scholarship holders to ‘grasp the opportunity with both hands and to go with an open mind. Learn from Australians not only about Australia and its ways but also about our own country from a different perspective. I found, for example, understanding the attitudes of others to Papua New Guinea and its people insightful and empowering.’

On completing her Masters degree in 2005 Ruby Zarriga returned to the Department of National Planning and Monitoring to take up the position of First Assistant Secretary, Sectoral Planning and Programming Division. She oversees all development assistance programs across sectors and agencies.

Under AusAID’s Australian Development Scholarship Program, some 130 scholars from Papua New Guinea embark on diploma, undergraduate or postgraduate studies each year in one of 19 contracted tertiary institutions across Australia. Half the awardees are women and, in 2006, there was a 30 per cent increase in the number of postgraduate female awardees.